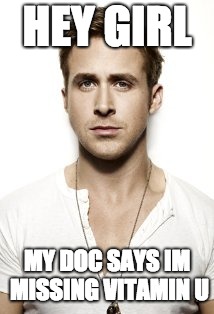 I discussed in a previous post why I think it’s completely unfair and misguided to criticize anyone (vegan or otherwise) for supplementing their diet with added vitamins and minerals. Mainly because most people already supplement their diet, whether they realize it or not. Cow’s milk is a big example of this—Vitamin D is added to most brands of milk and yogurt. A whole array of vitamins and minerals are commonly added to cereal and grains. Not to mention a lot of people chow down on energy bars and protein shakes, both of which tend to be loaded with added vitamins and minerals. Plus, many common animal products aren’t great sources of key micronutrients as it is.

Again, I think this is a good thing, assuming you aren’t getting too much of any individual vitamin or mineral. That’s something the Environmental Working Group is concerned with. They concluded that cereals and snack bars tend to over-fortify some micronutrients, which can be especially problematic for children who require lesser amounts than adults.

But apparently this is becoming less of an issue. If you check the nutrition facts of a lot of products, especially organic cereals, you’ll find that micronutrients have been either reduced or, in some cases, completely removed.

It was difficult to track down the reason for this. I found a 2007 article from The New York Times that observed how organic cereals aren’t usually fortified while conventional cereals usually are. Kellogg’s Frosted Flakes has a bunch of added vitamins and minerals, in addition to the base ingredients of sugar and cornmeal. Meanwhile, the organic alternative merely has the sugar and cornmeal, albeit from organic sources. Organic is great because it means less chance of consuming pesticide residues. But what’s the point of eating cornmeal and sugar if you aren’t also getting a nice dose of important vitamins like B12 and D? You might as well have pancakes for breakfast instead.

But The New York Times article failed to answer why organic cereals tended to not have any added vitamins and minerals. In the last year or so, that answer was finally reported as major brands, like Post’s Grape Nuts and General Mills Cheerios began to reduce the vitamin and mineral content of their cereals.

It turns out these brands—Cheerios, Grape Nuts, as well as various organic brands—all have one thing in common: they all pledged to go GMO-free under the Non-GMO Project label, which has very strict non-GMO requirements. It turns out, their vitamin and mineral suppliers apparently use GMOs to extract those nutrients. (Or, confusingly and troublingly, these companies somehow don’t have enough info on their suppliers to determine whether the ingredients are GMOs). That’s why these cereal companies have dumped their vitamin suppliers thereby forcing themselves to become less nutritious.

As far as GMOs go, I don’t generally have strong feelings one way or the other at this point. I don’t know that there’s clear evidence against consuming them, but I also think that GMOs should be carefully studied and scrutinized before being released to the masses.

But, on the other hand, whatever might be unhealthy about GMOs, I highly doubt that applies to the individual, isolated vitamins and minerals that can be extracted from them. For example, it doesn’t make sense to me that calcium carbonate extracted from a GMO source would be any different than calcium carbonate from a non-GMO source. It’s still calcium. But, if you are a cereal company and you want to carry the Non-GMO Project Verified label, then you have to fire your supplier of calcium if they extract it from GMOs.

And that’s basically what has happened. Grape Nuts stopped adding vitamins A, D, B12, and B2. Cheerios stopped adding B2. Popular organic brands Barbara’s and Cascadian Farms used to add vitamins and minerals, but don’t appear to fortify any of their cereals anymore. What is great about cereal is that it’s an easy, tasty way to get lots of important vitamins. Given these changes, aren’t they now just empty calories? I don’t see the point.

It’s not just cereal companies. Silk Almond Milk used to add B12 to its product. Not anymore.

Personally, I don’t eat much cereal. Up until recently, my mornings began with Vega One smoothies

. That’s not the case anymore and I no longer buy the product. Like these other companies, Vega recently reformulated a bunch of their products because—you guessed it—they signed onto the non-GMO pledge. So, while their Vega One shakes

This site uses Akismet to reduce spam. Learn how your comment data is processed.